My lovely friends, thank you xx

at my first attempt with Copics!!
Morning
Practise needed, yes for sure but I must admit I am really pleased with them and for me personally I do find them much easier to use which is a bloomin good job seeing as I bought 144 of them!!!!! Roll on the LOTV masterclass!! 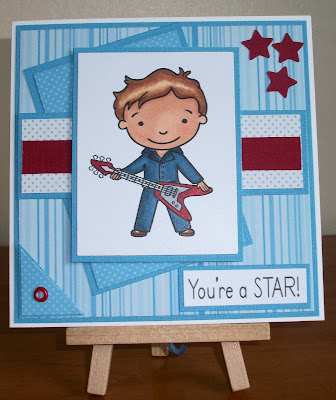 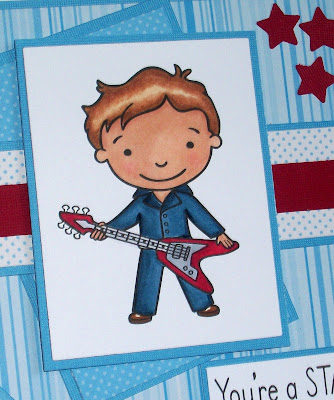 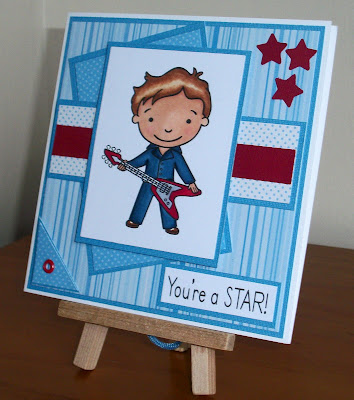 Anyway my neighbour next door but one was very excited to tell me yesterday that her grandson who is 7 ( I think) was on the Chris Moyles radio show doing some rapping, apparently he was awesome and Chris sent him a card! A star in the making me thinks! So I have made this card for him, I haven't got an image of singing into a microphone but I liked this one and thought it was nice for his age. This one is Billy rockstar but today it is Michael Rap Star!! It is from Pink Cat studio as is the sentiment. The papers are papermania and I added some red to zing it up!
I would like to enter into
CES - Men Only
Moving along with the times - Card for a male
thanks for poppin in
Karenxx
Posted by karen at 08:40

oh what a fun card - i love the rockstar image and the star embellies
Great layout
Thanks for playing along with my male challenge this week at MAWTT
Lisa ;)

A fabulous card Karen, love the image and papers.
Thanks for joining us at CES Challenges too & good luck.
Hugs Emma x

You done a fabulous job on the colouring hun! great image and super layout too :o)

Great card, the colours work really well and you'd never know it was your first attempt with Copics!

I love Pink Cat images, so cute, and what a great card, perfect me thinks :) Alex from leapblogging DC x

It looks great how you coloured this cute rocking guy. And the card is so lovely. Love the colours you used for it.
Hugs, Karina

Karen, I'd never have guessed it was your first attempt colouring with copics, great card! Fi, leapblogging from DC x

I'm not laughing your first attempt with copics is awesome, you should have seen mine! LOL Fab card really cute image and I love the layout FAB. Thanks for joining us at MAWTT this week and good luck
Laurie x

Fabulous card Karen and your coppices look great. Thanks for taking part in this weeks CES Challenge!
Clairexx

This is a great card for a man Karen, I love the colours and image you have used and your colouring is superb.
Thanks for sharing it with us at MAWTT this week.
luv and hugs {brenda} xoxox

Great card, fab choice of papers and image! Thanks for joining in the fun at CES...good luck! :) Donna x

Great card, I bet the little star was chuffed with it! Thanks for joining us for the CES Challenge!
Jane
x

For the Love of Greys.

My other blog for doggy peeps. 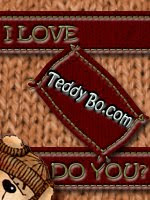 I Love the Paper Nest Dolls 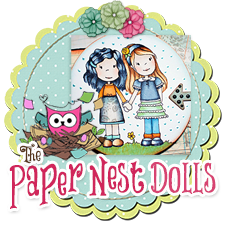 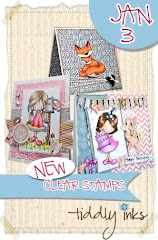 You could win some rubber!! 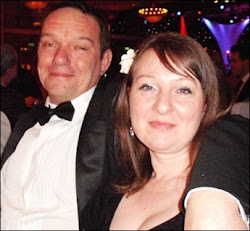 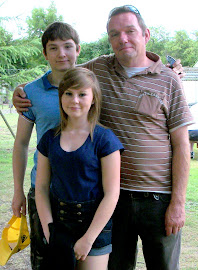 Hubby and our kids!! 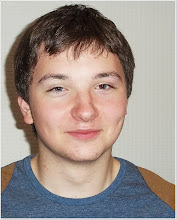 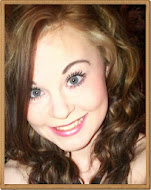 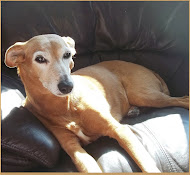 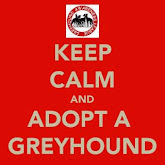